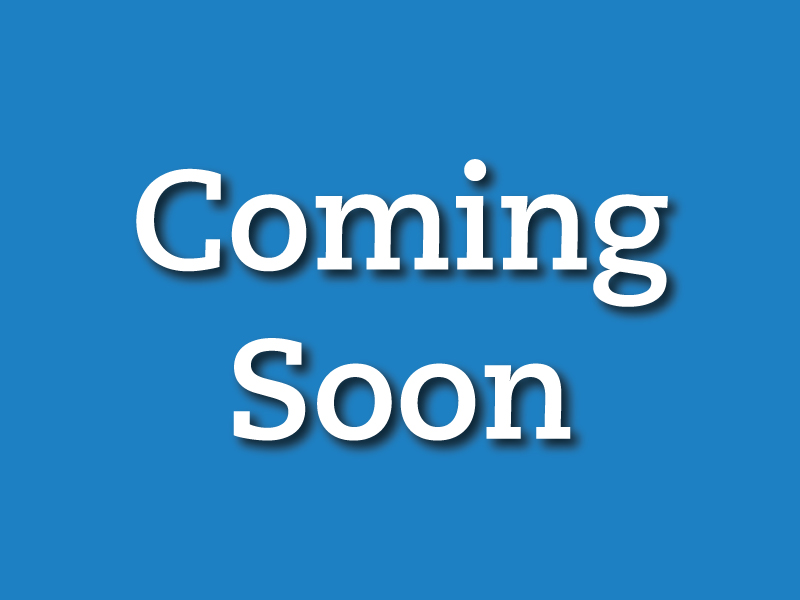 Thanks to the contributions of the National Science Foundation, ICAL will be upgrading two of it's tools: the Time-of-Flight Secondary Ion Mass Spectrometer and the Field Emission Scanning Electron Microscope. 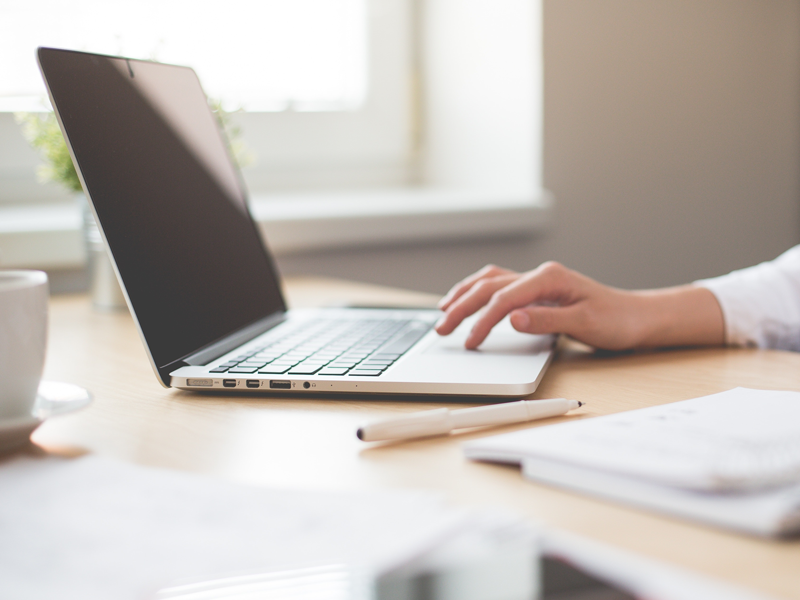 Photo taken by picjumbo.com on pexels

From Microfluidics to Nano-optics: Building Devices in the Montana Microfabrication Facility

This webinar is being offered through the Montana Nanotechnology Facility (MONT), a project funded by the NSF National Nanotechnology Coordinated Infrastructure program. The presenters will be Dr. David Dickensheets, Professor of Electrical and Computer Engineering, and  Dr. Phil Himmer,  Manager of MMF.

An abstract and link to register can be found here. 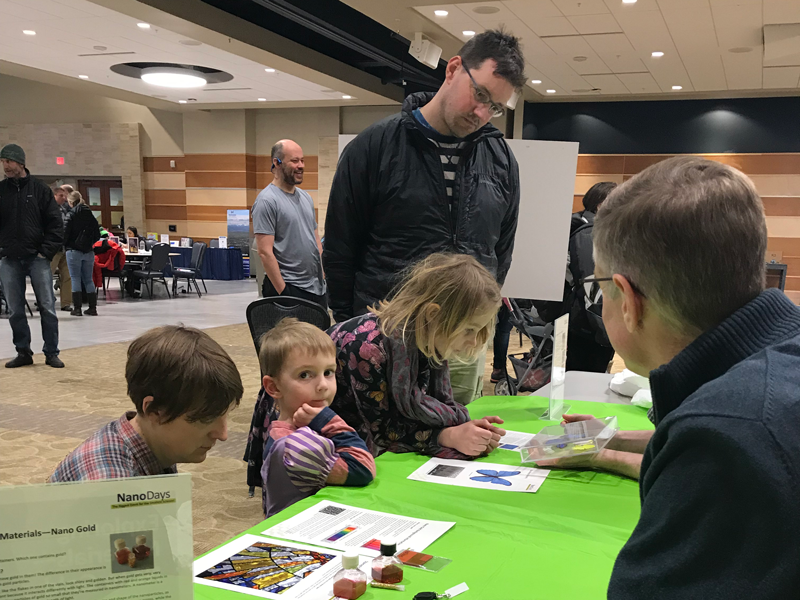 ICAL will be hosting a table at the annual NanoDays celebration in the MSU SUB Ballrooms.  Please stop by and see us as you check out all the exciting activities exploring nanoscience.  This event is free to the public and intended for kids and adults. 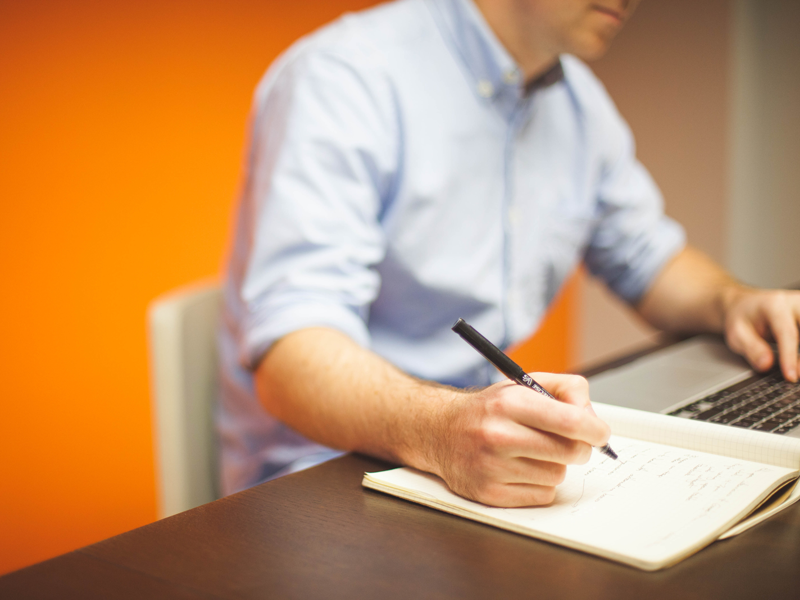 This webinar is being offered through the Montana Nanotechnology Facility (MONT), a project funded by the NSF National Nanotechnology Coordinated Infrastructure program. The presenters will be Dr. Recep Avci Professor of Physics, Dr. David Mogk Professor of Geology, Montana State University.
An abstract and link to register can be found here.

$3 million awarded to MSU to create a new nanotechnology center

MSU had been awarded a $3 million NSF grant  to establish a new nanotechnology center, Montana Nanotechnology Center (MONT). This grant is part of the National Nanotechnology Coordinated Infrastructure (NNCI) network.  ICAL is excited to be part of this expansion. 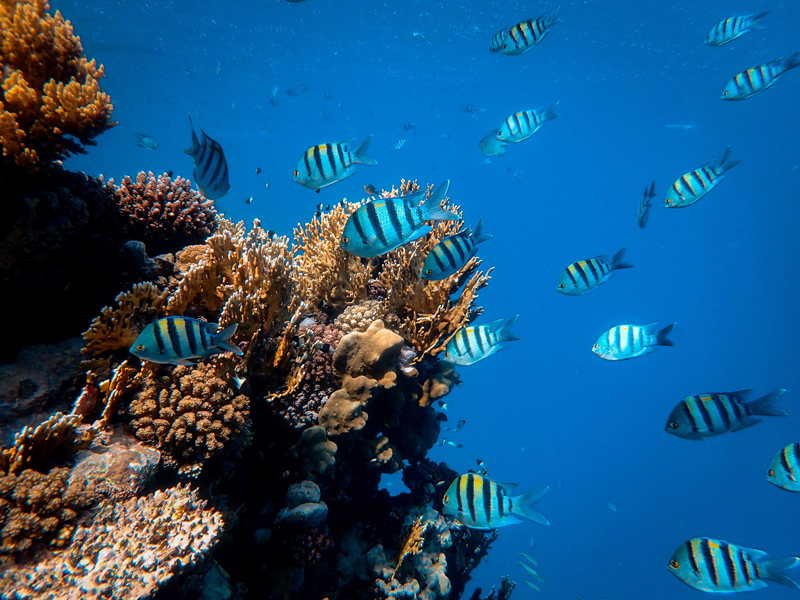 Josh Martin, graduate student at ICAL, was awarded a Masters Degree in Chemical and Biological Engineering in April. Josh performed thesis research at ICAL: " Biocorrosion of Cold-Rolled 1018 Steel in Sulfide Rich Marine Environments - A Correlation between Strain and Corrosion Using Electron Backscatter Diffraction. " Josh has accepted a position with Micron in Boise, Idaho and we wish him continued success. 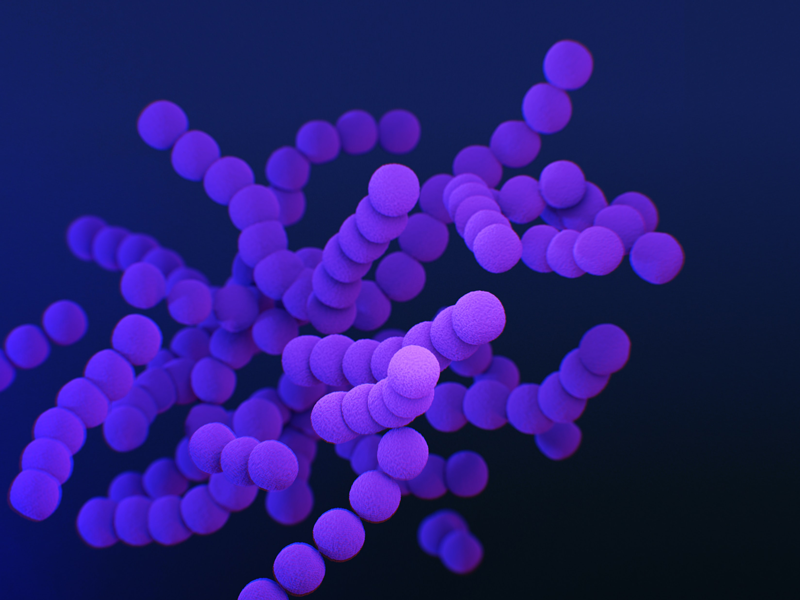 Photo taken by the CDC on unsplash

Muhammedin Deliorman has successfully defended his PhD thesis entitled, "The Immunoimmobilization of Living Bacteria on Solid Surfaces and its Applications" and accpeted a PostDoc position at Washington State University. He will be greatly missed in ICAL, but we wish him the best of luck in all his future endeavours. 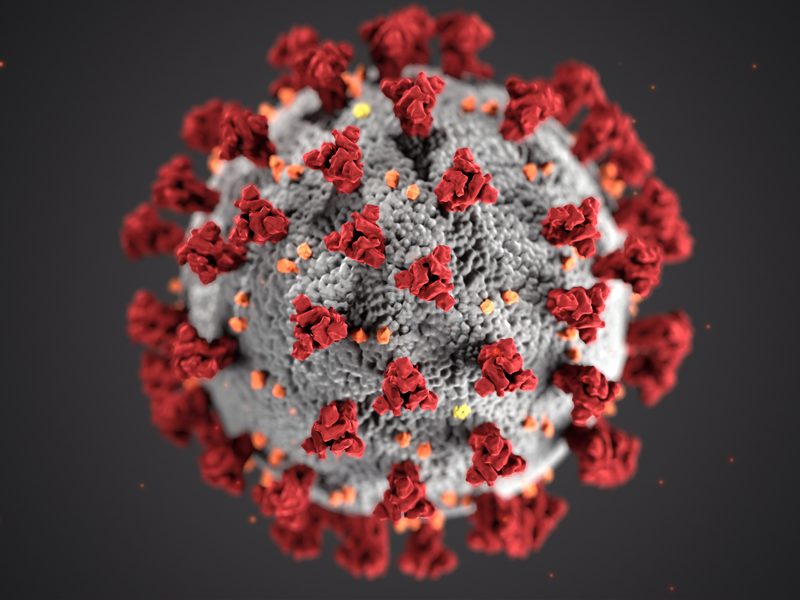 Photo taken by the CDC on unsplash

My goal is to collect data for my PhD thesis on surface biochemistry and biophysics in relation to the microbiology of the immunoimmobilization of living microorganisms on flat surfaces. I will be using instruments such as epifluorescence optical microscope, high-resolution scanning electron microscope, atomic force microscope, photoelectron spectrometer, time of flight secondary ion mass spectrometry for visualization and characterization of materials and for understanding the fundamental aspects of the modern bacterial immobilization technology. 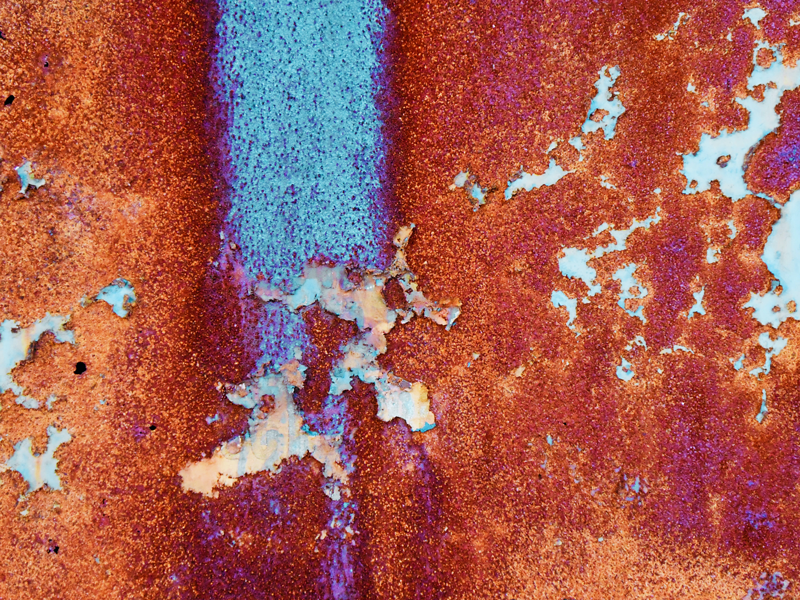 We are pleased to welcome Mark Wolfenden, PhD to ICAL as our new post doc. He will be working on the MURI project and studying the effects of microbial-induced corrosion on steel. Please join us in welcoming Mark to ICAL. 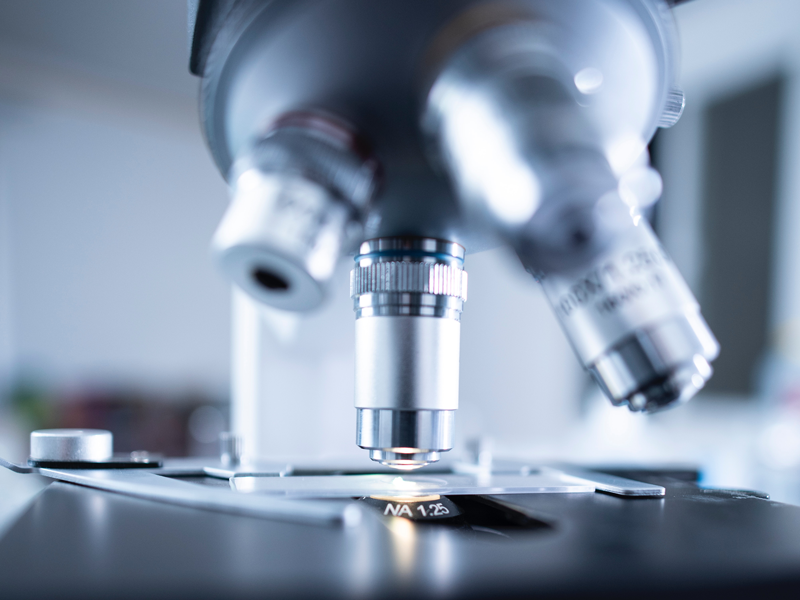 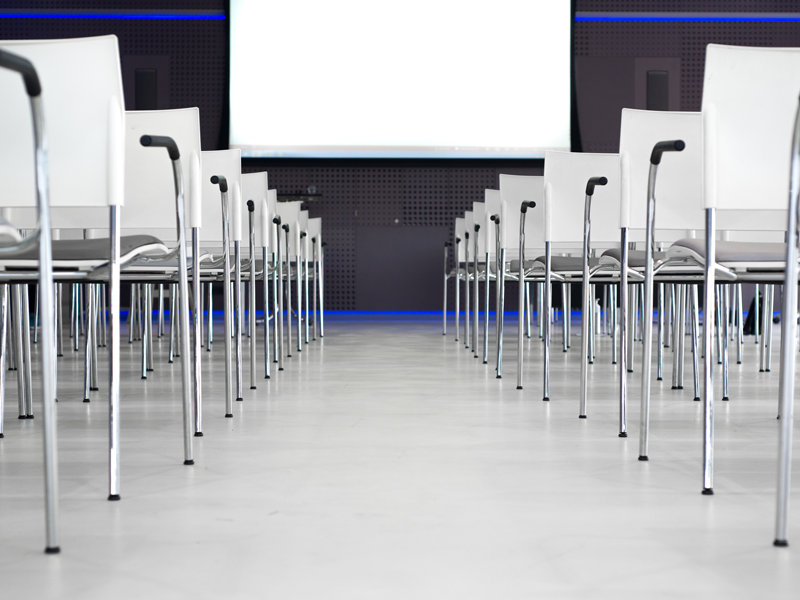 Photo taken by Skitterphoto on pexels

Dr. Recep Avci will be attending a conference on biocorrosion at the Unverisity of Portsmouth later this month. He will be giving two talks on the ICAL's involvement in this research. 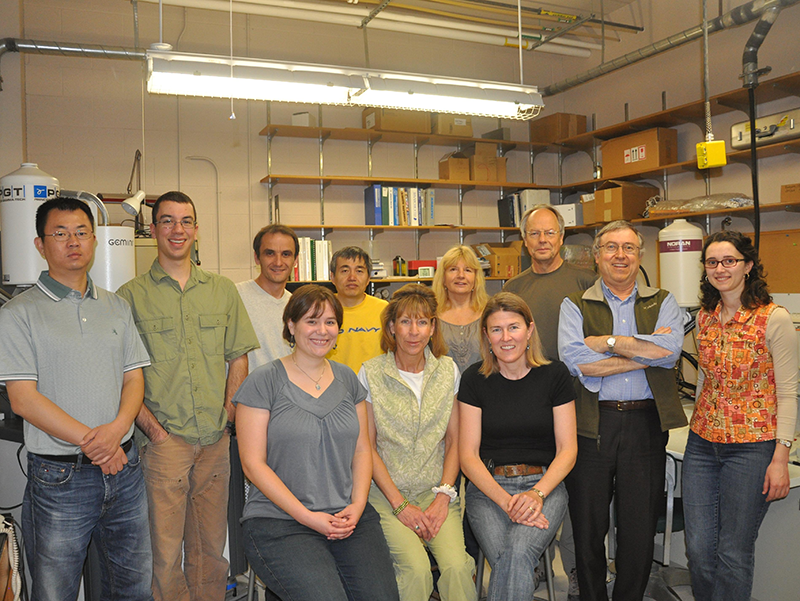 ICAL will host the MURI Project annual meeting on June 16 and 17th.  Attendees from the collaborating agencies and universities will gather to discuss various topics concerning Fuels and Biocorrosion.  Presentors from OSU, OU, ONR and MSU will give talks on current research and posters will also be presented. Lectures include "Perspective on Fuels  and  Biocorrosion - Navy Needs and MURI Team Interactions" Dr. Joseph Sulflita; "Application of Mass Spectrometry Techniques for Fuel Investigations", Dr. Jan Sunner and "Immunoimmobilization In Fuel-Sea Water", Dr. Jahson Zhiyong Suo.  Strategy sessions will be conducted and tours of the 3rd Floor EPS facilities will be given.  Contact ICAL for further information. 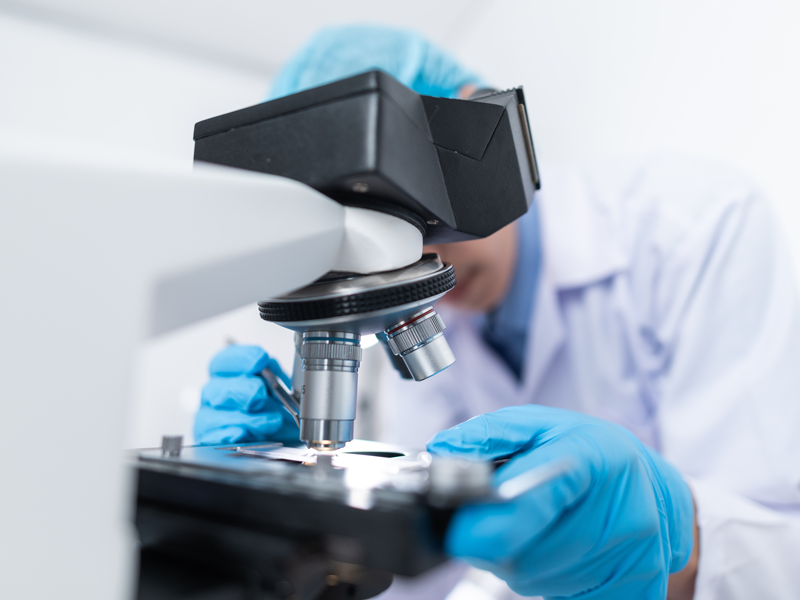 My goal is to collect data for my PhD thesis on surface biochemistry and biophysics in relation to the microbiology of the immunoimmobilization of living microorganisms on flat surfaces. I will be using instruments such as epifluorescence optical microscope, high-resolution scanning electron microscope, atomic force microscope, photoelectron spectrometer, time of flight secondary ion mass spectrometry for visualization and characterization of materials and for understanding the fundamental aspects of the modern bacterial immobilization technology. 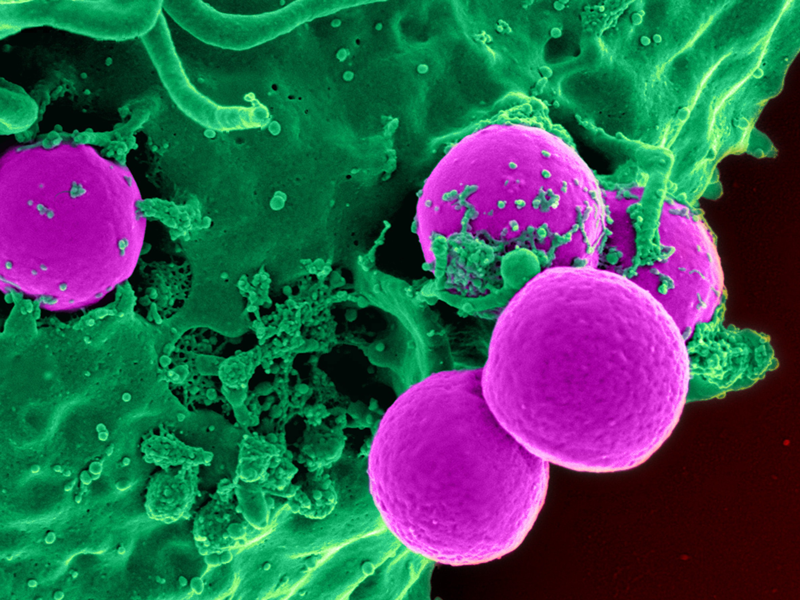 A new $7.5M Multi-University Research Initiative (MURI) project entitled "Fundamental Research on the Biological Stability of Future Naval Fuels and Implications for the Biocorrosion of Metallic Surfaces" has been funded by the Office of Naval Research. Research Professor and ICAL Director, Recep Avci, will lead the MSU portion ($2M) of the five-year project. The research will explore fundamental scientific issues that lead to new knowledge, understanding and technology for the prediction, diagnosis and mitigation of fuel biodeterioration and biocorrosion problems impacting US Naval operations. The project will explore to what extent the biocorrosion of carbon steel experienced in marine systems can be correlated with anaerobic fuel biodegradation, by addressing such hypotheses as: A) fuel biodeterioration and metal biocorrosion are differentially associated with the development of sulfate-reducing and/or syntrophic hydrocarbon-degrading anaerobic biofilms; B) biofuel formulations have the potential to exacerbate the baseline problem rate, depending on their susceptibility to biodegradation; and C) fuel biodegradation problems can be monitored and interrupted at sensitive stages to prevent spoilage and control biocorrosion. These hypotheses will be investigated by four research teams at four institutions, the University of Oklahoma, Colorado School of Mines, Montana State University and Oklahoma State University, in well-defined technical approaches. The MSU team's role and responsibilities include but are not limited to understanding the effect of key microbial interactions on the biocorrosion of carbon steel: This involves developing a versatile experimental platform employing a wide range of surface imaging and surface analytical techniques that will address the fundamental mechanisms of the anaerobic carbon steel biodeterioration process resulting from the anaerobic biodegradation of fuel in marine systems in the presence of sulfate and under sulfate-depleted conditions, at the nano-, micro- and macro-scales. Our results will complement and contribute to the studies carried out by our collaborators. Our team will focus on two parallel tasks designed to investigate the relationship between fuel biodegradation and biocorrosion, each with a series of specific objectives summarized under two tasks. Task 1 requires the development and employment of smart immunosurfaces (immuno-microarrays) to aid the understanding of early biodegradation/biocorrosion events at the nano- and microscales. Task 2 focuses on the comprehensive use of surface-sensitive methods such as advanced microscopy, spectroscopy , in situ microprobing and surface-sensitive analysis to evaluate the effect of biominerals and metabolites (H2S, S2-, H2) formed during the fuel degradation process on the corrosion of carbon steel at the nano-, micro- and macro-scales. The experimental design developed by the MSU team will facilitate in situ and ex situ observation and sample collection for analysis by our collaborators. 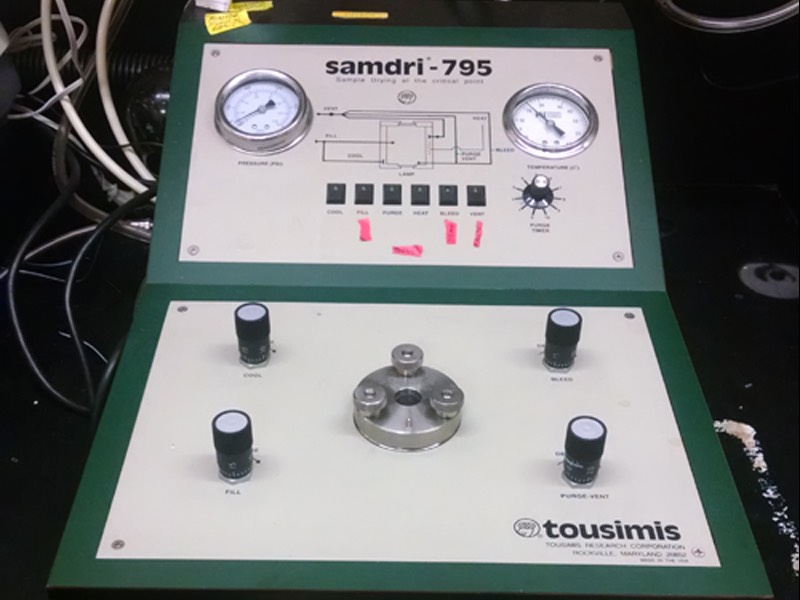 ICAL is hosting Bridges student Dawson Demontiney for the AIRO summer research program. Dawson's project will involve studying different sample preparation methods for Scanning Electron Microscopy, including preparing biological samples using ICAL's critical point dryer. A research poster will be prepared and presented in July at the Leadership Alliance National Symposium in New Brunswick, New Jersey. In the fall, Dawson will begin his studies at MSU with the Department of Civil Engineering. 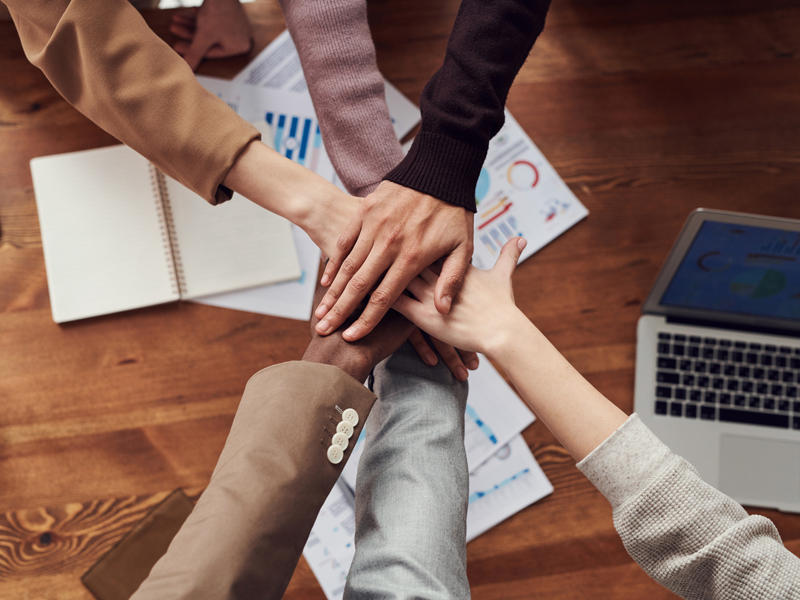 Photo taken by fauxels on pexels

This year Dr. Nick Seaton visited ICAL to illustrate some of the functionalities of our EBSD-FEM system. Nick worked closely with Dr. Colin Shaw and Melody Bechberger to identify optimum settings for our instrument to conduct multiple research projects. Nick also gave a presentation in the Earth Sciences Seminar Series on his work in Turkey. We look forward to future collaborations with Nick. 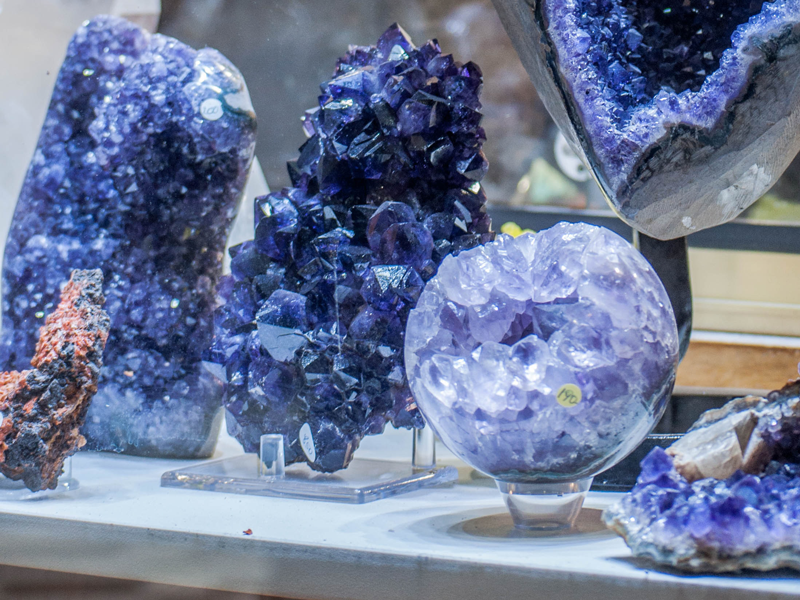 Katelyn Gibbs is a high school student in Great Falls, MT. She recently visited ICAL to conduct research on Yogo Sapphire inclusions. She had several cut and polished gems that contained inclusions or “defects.” Katelyn said "Some people consider them flaws; I consider them a learning tool." The Yogo sapphires are from the Vortex Mine near Utica, MT. At ICAL, we performed XRD on material that surrounded the sapphires and elemental analysis on several inclusions within the cut sapphires. Katelyn had been working with Dr. Baker before he passed away earlier this year. This past week Katelyn came in 2nd place at the Region II Intel Science and Engineering Fair at Montana State University-Great Falls College of Technology. She and four other students will be heading to the International Science and Engineering Fair in San Jose, CA in May. We wish her the best of luck and were happy to help her conduct her research. 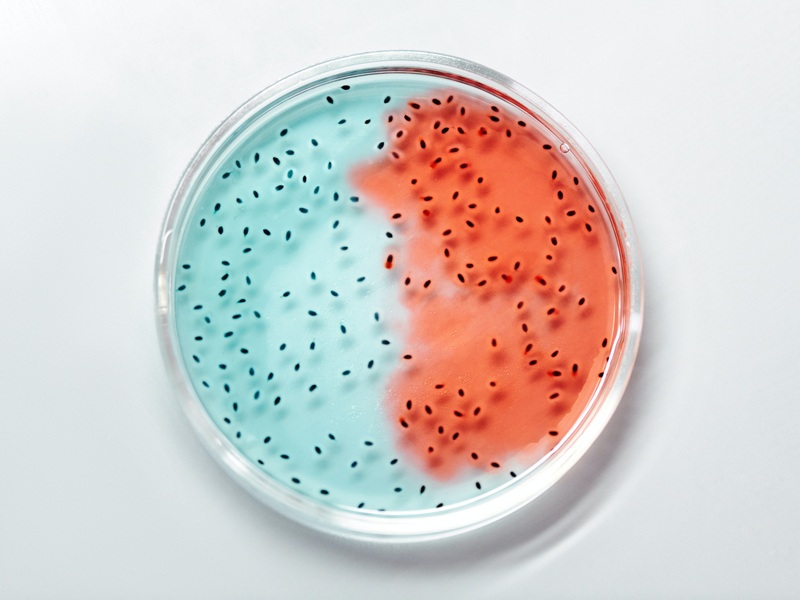 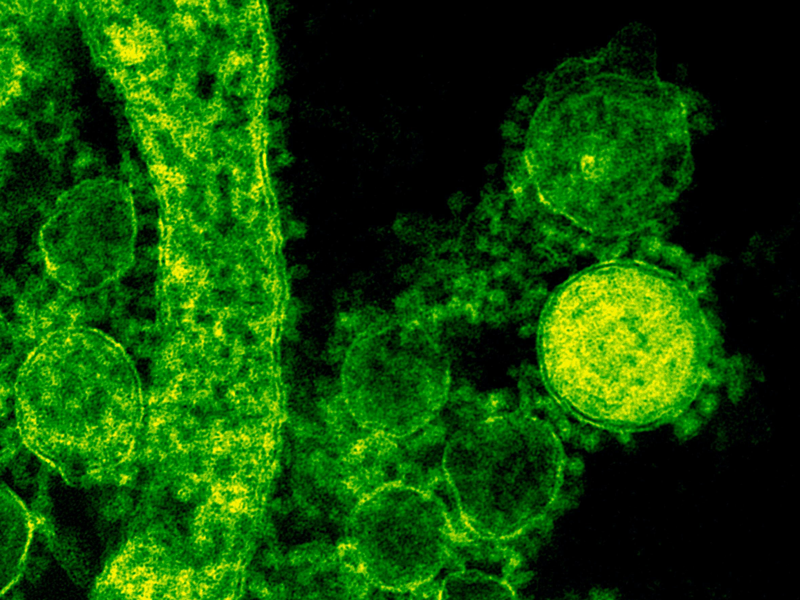 Photo taken by the CDC on pexels 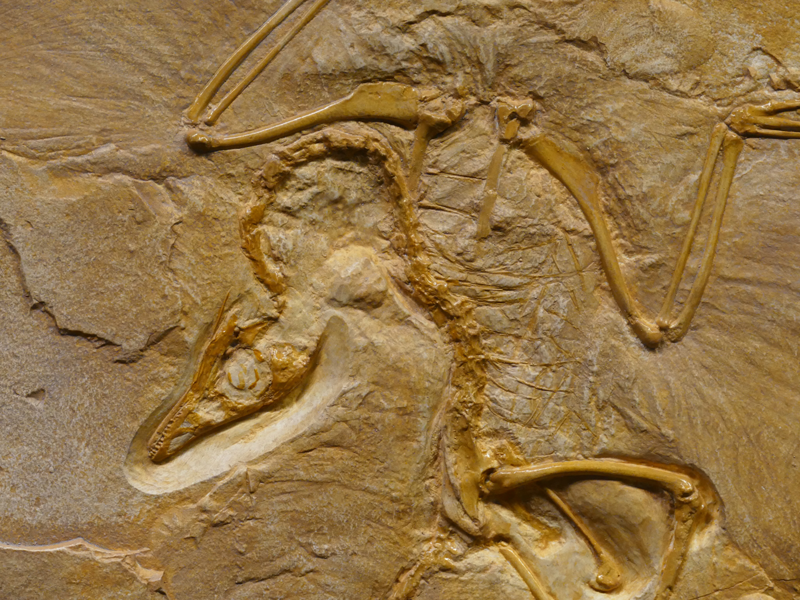 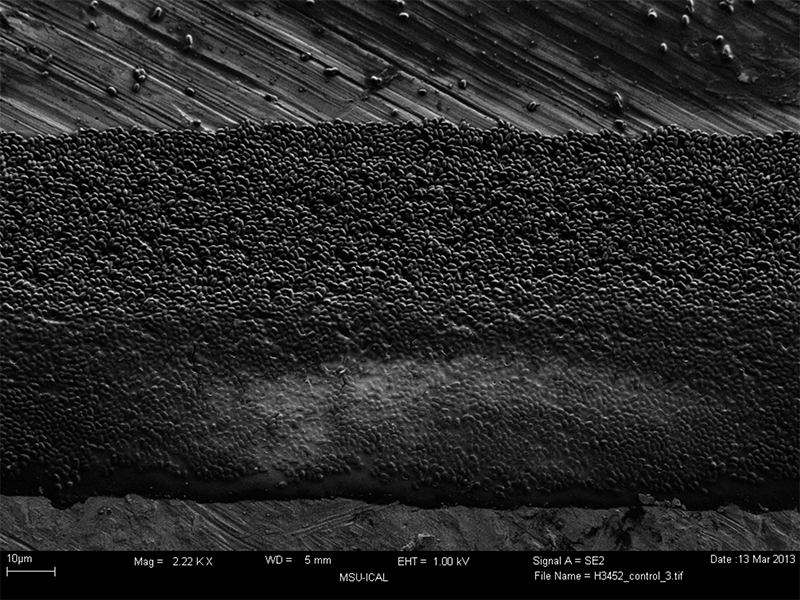 ICAL has hosted a summer REU student, Chaz Goodwine who is a Chemical Engineering major from Rensselaer Polytech Institute in Troy, New York. Chaz is working on a biophysics project involving the mechanical properties of Bacterial surface layers.  Different types of bacteria are being studied using the Atomic Force Microscope (AFM). Chas will be here until August. 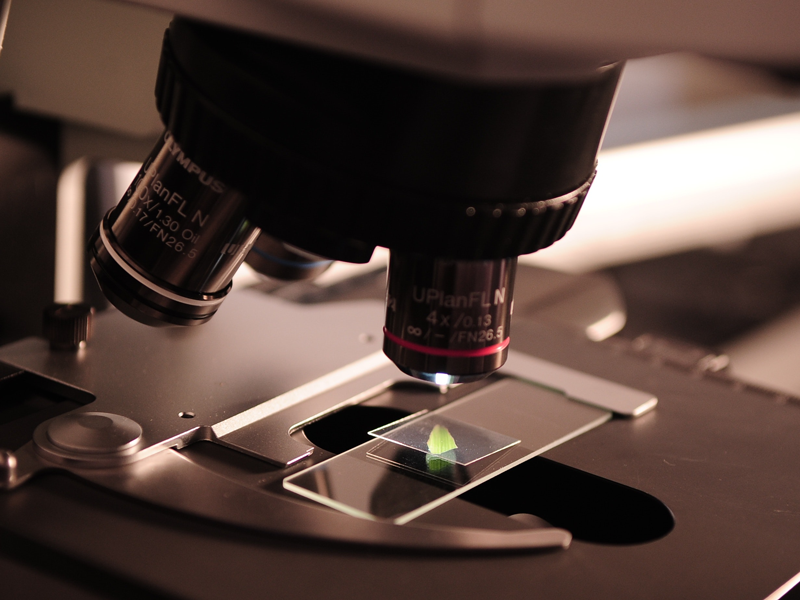 ICAL has a visiting 3rd year Physics student from the Technical University at Ilmenau, Germany - Erik Roessler. Erik will be here on internship until the end of August working on an Atomic Force Microscopy project.

ICAL has a new WEBPAGE design that includes some great features. Keep up to date with ICAL activities, news, publications and ongoing research projects! 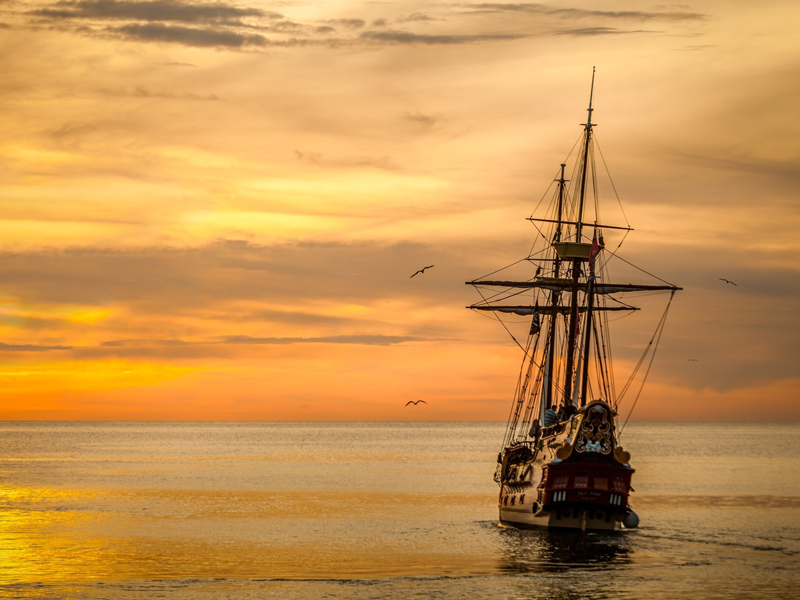 Dr's Jan A Sunner and Iwona B Beech

Dr's Jan A Sunner and Iwona B Beech of the University of Portsmouth in the UK are our returning international visitors this month. Iwona and Jan are our old friends and frequent guests at ICAL. Their research focuses on investigating mechanisms of biofim-influenced deterioration of metallic materials, such as steel and Cu-Ni alloys, and archeological timbers of the historic ship the Mary Rose.