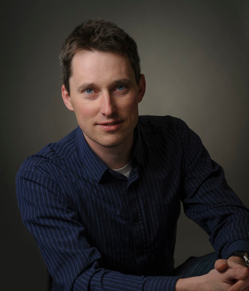 "Condensed Matter" refers to the study of systems with gigantic number of elementary constituencies (particles, atoms), that interact with each other and as a result of this interaction may show unusual collective behavior, a "dance" of a sort. Particular focus of my research is unconventional superconductivity and properties of quantum liquids, such as superfluid He-3, at ultra low temperatures. I employ both analytical (quantum field theory) and numerical methods to study new features of collective electronic states in new environments, such as films or strong magnetic fields. More on Research...

I teach physics and mathematics to graduate and undergraduate students in the Physics Department of MSU. Beside standard courses on Electromagnetic theory, Classical and Statistical mechanics I give lectures on specialized subjects in Condensed matter. I welcome students' inquiry into various physics topics, and run the Problem of the Week section. More on Teaching..

I was born in 1975 in Kostroma, Russia, where I got my elementary and high school education. In 1992 I entered the Department of Radiophysics of Nizhny Novgorod State University, and graduated in 1998 with a MSc in physics. After that I moved to the US for PhD program at Northwestern University, Evanston, IL. After receiving my PhD in 2004 I did postdoctoral research at Louisiana State University (2004-2007) and University of Wisconsin-Madison (2007-2008). In January 2009 I joined the Physics Department of Montana State University. CV