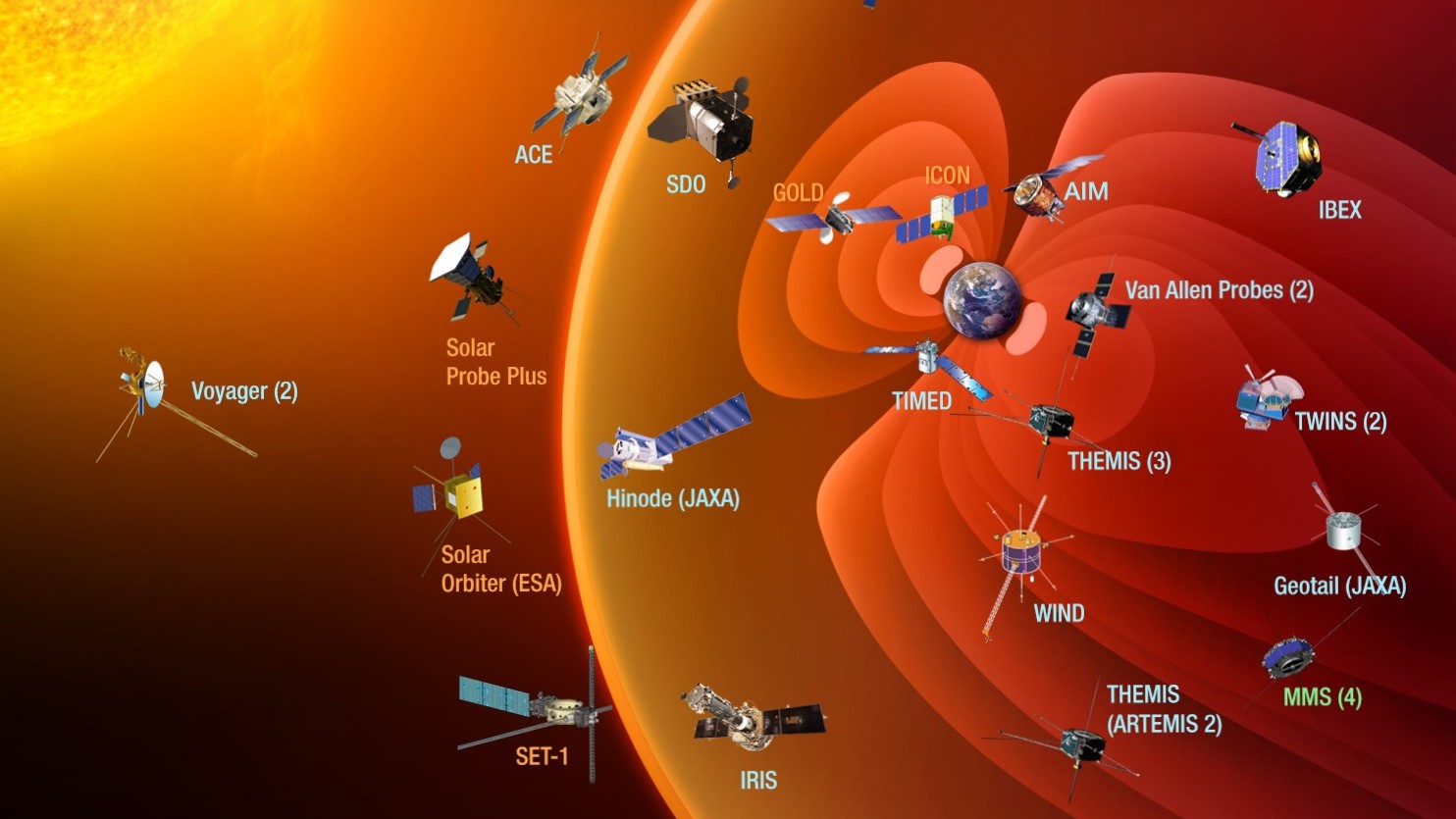 Space Physics is the study of all regions above the Earth's gaseous atmosphere, extending in to the Sun and out to the boundary of the solar system: the heliopause.  These regions include the Sun itself and the wind blowing out from it, all the way to the heliopause.  They also include the magnetic bubbles, called magnetospheres, surrounding some of the solar system's planets (including the Earth), and the upper layers of planetary atmospheres, called ionospheres.  These disparate regions are all dominated by hot ionized gasses called plasmas, and therefore exhibit many common behaviors and properties.  Because they are ionized, space plasmas interact strongly with magnetic fields and can be effectively energized by electric fields and electromagnetic waves.  The dynamics of space plasmas are often studied directly using detectors on spacecraft, sub-orbital rockets, and high-altitude balloons. It is also possible to study space plasmas remotely by observing their emissions in X-rays and extreme ultraviolet (EUV).  MSU's Space Science and Engineering Laboratory (SSEL) develops, builds, and launches such experiments to study the ionizing radiation in these environments. MSU's Solar Physics group uses remote sensing data to study the energy conversion processes occurring in solar flares and disturbances propagating through the solar wind.  All of these experimental results can be understood in terms of theoretical models of their common processes.  MSU's space physicists are working on models to help understand the conversion of magnetic energy to heat and radiation through a universal process called magnetic reconnection.