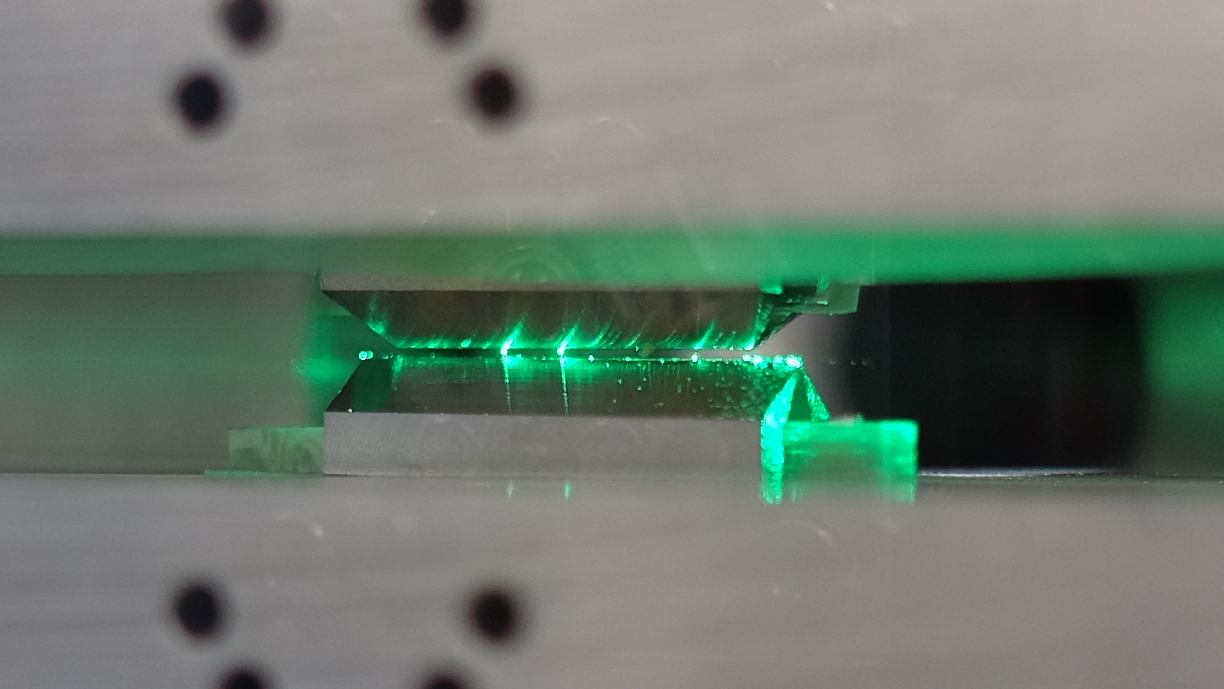 We used this basic design to make an accelerometer, where the harmoic oscillator is a micrometer-scale glass sphere levitated in high vacuum. Th eshpere is held in a magneto-gravitational trap that uses a strong magnetic field gradient and the repulsion of diamagnetic materials by magnetic fields to contain the microsphere in two dimensions, while the Earth's gravity helps to trap the sphere in the third dimension. To minimize the effect of thermal motion on the measurement, the motion of the sphere is continuously monitored and slowed down or "cooled" by applying a force to the particle which opposes the motion; this feedback force results from teh radiation pressure of an amplitude-modulated laser scattered off the sphere. Remarkably, the response of our microscale accelerometer was nerly identical to that of a convential accelerometer, which uses a test mass that is billions of times larger. The sensitivity is the result of the miniscule residual damping of the motion of the sphere under vaccum and the extreme position sensitivity of the detector.

This result was a step along the path to the ultimate goal of the experiment: a new measurement of the Newtonian constant of gravitation, G.